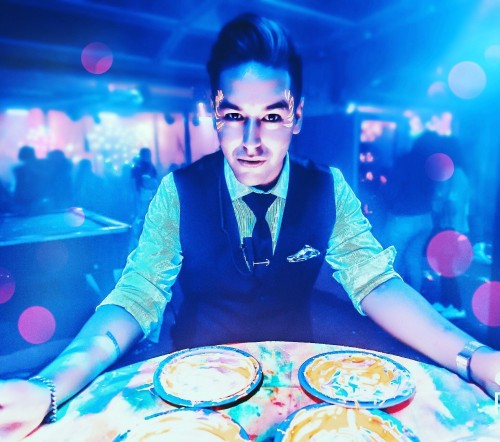 Joe Jackson was born and raised in the sleepy town of La Ronge, Saskatchewan. Since the age of 4, he was trained in classical piano until the age of 13 when he took to fiddle. He’s also a trained guitarist and jazz vocalist.

Since he picked up his fiddle, he’s trained with a variety of Métis, French Canadian, Cape Breton and Acadian masters such as John Arcand, Stéphanie Labbé and Jerry Holland. Effectively absorbing every aspect of Canadian fiddle music.

Jackson has been featured on CBC’s Definitely Not the Opera and more recently as violinist and cellist on “The Swindlers” debut album. He’s toured extensively as both a solo performer and backup artist across Canada since 2000.

Currently, Jackson works as a nightclub manager in Saskatoon.